"Who has not be amazed to learn that the function y=ex, like a phoenix rising again from its own ashes, is its own derivative?"

I’ve introduce a few derivative formulas, but a really important one I left out was exponentials. So here I want to talk about the derivatives of exponential functions like 2x, 7x, and to show why ex is arguably the most important exponential.

First of all, to get an intuition, let’s focus on the exponential function 2x.

And let’s think of that input as a time, t, in days, and the output 2t as a population size, perhaps of a particularly fertile band of π creatures, which doubles every day.

Actually, instead of population size, which grows in discrete little jumps with each new baby π creature, maybe let’s think of 2t as the total mass of the population, which better reflects the continuity of this function 2t.

For the derivative, we want to find dtdM​, the rate at which this population mass is growing, thought of as a tiny change to mass divided by a tiny change in time. Let’s start by thinking of the rate of change over a full day, say between day 2 and day 3. In that case, it grows from 4 to 8, so that’s eight creatures masses added over the course of that day.

More abstractly, for some tiny change in time dt, we want to understand the difference between 2t+dt and 2t, all divided by dt. The change in the function per unit time, but now we’re looking very narrowly around a given point in time, rather than over the course of a full day.

Here’s the thing. I would love if there was some clear geometric picture that made what’s about to follow just pop out. Some diagram where you could point to one value and say "see that part, that is the derivative of 2t". If you know of one, please, let me know. And while the goal here, as with the rest of the series, is to maintain a spirit of playful discovery, the type of play that follows will have more to do with finding numerical patterns, rather than visual ones.

Start by taking a close look at the exponent term 2t+dt in the numerator. A core property of exponentials is that you can break this up as 2t⋅2dt. That really is the most important property of exponents; if you add two values in the exponent, you can break up the output as a product of some kind. This is what lets you relate additive ideas, like tiny steps in time, to multiplicative ideas, like rates and ratios.

Applying this property gives us the expression below.

Notice how both expressions in the numerator contain the term 2t, so we can factor out 2t, leaving us with the expression below. And remember, the derivative of 2t is whatever this whole expression on the right approaches as dt approaches 0.

At first glance this might look like an unimportant manipulation, but a tremendously important fact is that this term on the right in parentheses, where dt lives, is completely separate from the t term itself; it doesn’t depend on the actual time where we started.

What happens if you plug in a very small value for dt into a calculator to approximate this term in parentheses?

You’ll find that it for smaller and smaller choices of dt, this value approaches a specific number, around 0.693147... So the derivative of 2t is itself multiplied by this value.

Don’t worry if that number seems mysterious, the central point is that this is some kind of constant; unlike derivatives of other functions, all the stuff that depends on dt is separate from the value of t itself.

So the derivative of 2t is just itself, but multiplied by some constant. This should kind of make sense, because earlier it felt like the rate of growth for our population with size 2t, at least when we were looking at changes over the course a full day. Evidently, the rate of change for this function over much smaller time scales is not quite equal to itself, but it is proportional to itself, with this very peculiar proportionality constant of 0.6931...

There’s not much special to the number 2 here. If instead had we dealt with the function 3t, the exponential property would also have led us to the conclusion that the derivative of 3t is proportional to itself, but this time with a proportionality constant of about 1.0986.

For any other base to your exponent you can have fun seeing what the various proportionality constants are, maybe trying to find a pattern.

For example, if you plug in 8 as the base of the exponential function, you can see the relevant proportionality constant is around 2.079. And maybe, just maybe, you would notice that this number happens to be exactly 3 times the constant associated with the base of 2. So these numbers aren’t random, there is some pattern. But what is the pattern? What does 2 have to do with 0.6931 and what does 8 have to do with 2.079.

A second question, which ultimately explains these mystery constants, is whether there is some base where that proportionality constant is 1; where the derivative of M(t)=at is not just proportional to itself, but equal to itself.

As it turns out, there is a number. It’s the special constant e, around 2.71828, called Euler's number. In fact, it’s not just that e happens to show up here, this is, in a sense, what defines the number e . This special exponential function with Euler's Number as the base is called the exponential function.

If you look at the graph of et, it has the peculiar property that the slope of a tangent line to any point on the graph equals the height of that point above the horizontal axis.

This means that you can re-write one exponential in terms of another's base. For example, if we have an exponential function of base 2 and want to re-write the function in terms of base 4, it can be written like this.

One way to see how to convert between two bases is to zoom in on the graph between 0 and 1 to see how fast the first base grows to to the value of the second base. In this case, base 4 grows twice as fast as base 2 and reaches the output of 2 in half the time. So to convert base 4 to base 2 we can multiply the input t of the base 4 function by the constant 21​, which is the same as scaling 4x by a factor of 2 in the horizontal direction.

For example, let's try to re-write 2t in terms of the exponential function.

As before, we can zoom in on a plot of the two functions, and compare their behavior. Specifically, how long does it take the exponential function to grow to 2?

This type of question we are asking leads us directly towards another function, the inverse of the exponential function, the natural logarithm function.

The existence of a function like this can answer the question of the mystery constants, and it’s because it gives a different way to think about functions that are proportional to their own derivative. There's nothing fancy here, this is simply the definition of the natural log, which asks the question "e to the what equals 2".

And indeed, go plug in the natural log of 2 to a calculator, and you’ll find that it’s 0.6931..., the mystery constant we ran into earlier. And same goes for all the other bases, the mystery proportionality constant that pops up when taking derivatives and when re-writing exponential functions using e is the natural log of the base; the answer the the question "e to the what equals that base".

Importantly, the natural logarithm function gives us the missing tool we need to find the derivative of any exponential function. The key is to re-write the function and then use the chain rule. For example, what is the derivative of the function 3t? Well, let's re-write this function in terms of the exponential function using the natural logarithm to calculate the horizontally-scaling proportionality constant.

The same technique can be used to find the derivative of any exponential function.

In fact, throughout applications of calculus, you rarely see exponentials written as some base to a power t. Instead you almost always write exponentials as e raised to some constant multiplied by t. It’s all equivalent; any function like 2t or 3t can be written as ec⋅t. The difference is that framing things in terms of the exponential function plays much more smoothly with the process of derivatives.

I know this is all pretty symbol heavy, but the reason we care is that all sorts of natural phenomena involve a certain rate of change being proportional to the thing changing.

In all these cases, where some variable’s rate of change is proportional to itself, the function describing that variable over time will be some exponential. And even though there’s lot’s of ways to write any exponential function, it’s very natural to choose to express these functions as ect, since that constant c in the exponent carries a very natural meaning: It’s the same as the proportionality constant between the size of the changing variable and the rate of change. 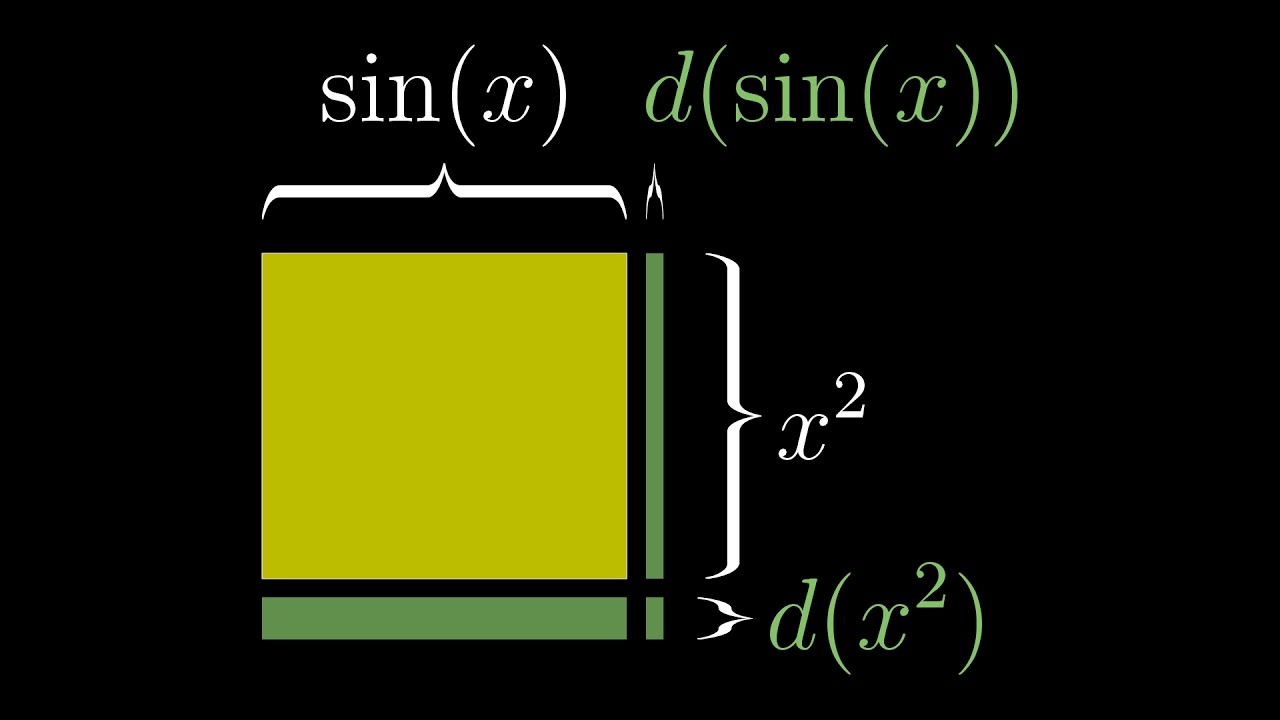 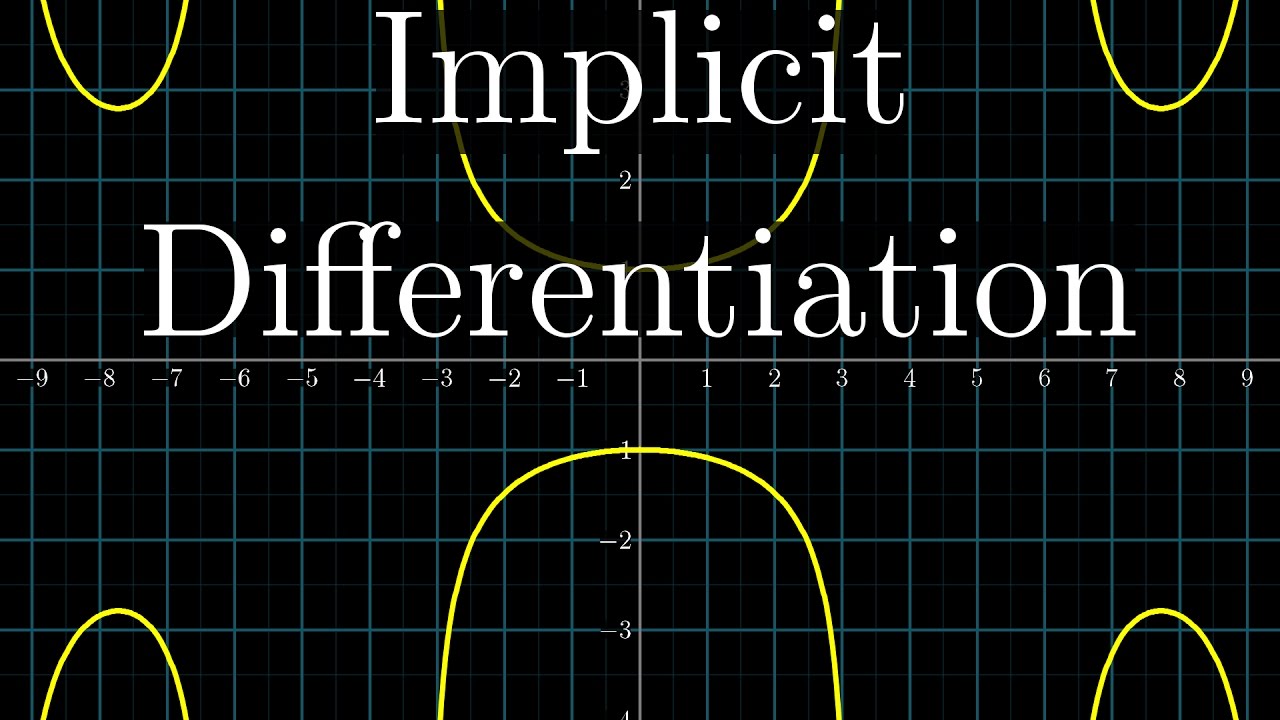