One way to think about the function et is to ask what properties it has. Probably the most important one, from some points of view the defining property, is that it’s a function which is equal to its own derivative. Together with the added condition that inputting 0 returns 1, it’s the only function with this property.

So even before knowing how to compute et exactly, this ability to associate each position with the velocity you must have at that position paints a very strong intuitive picture of how the function must grow. You know you’ll be accelerating, at an accelerating rate, with an all-around feeling of things getting out of hand quickly.

If we add a constant to this exponent, like e2t, the chain rule tells us the derivative of our function is now 2 times the function itself.

So at every point on the number line, rather than attaching a vector corresponding to the number itself, first double the magnitude, then attach it. Moving so that your position is always e2t is the same thing as moving in such a way that your velocity is always twice your position. The implication of that 2 is that our runaway growth feels all the more out of control.

If that constant was negative, say -0.5, then your velocity vector is always -0.5 times your position vector, meaning you flip it around 180-degrees, and scale its length by a half.

Moving in such a way that your velocity always matches this flipped and squished copy of the position vector, you’d go the other direction, slowing down in exponential decay towards 0.

What about if the constant was i, the imaginary unit? If your position was always eit, how would you move as that time, t, ticks forward?

Well, assuming there’s any way to make sense out of eit, and assuming that derivatives still work the way we’d expect when extending to complex numbers, the derivative of your position eit would now always be i times itself. Multiplying by i has the effect of rotating numbers 90-degrees, and as you might expect, things only make sense here if we start thinking beyond the number line and in the complex plane.

Geometrically, which of the following describes the point i⋅(a+bi) on the complex plane?

So what does eit mean?

So even before you know how to compute eit, you know that for any position this might give for some value of t, the velocity at that time will be a 90-degree rotation of that position.

Drawing this for all possible positions you might come across, we get a vector field, where, usually with vector fields we shrink things down to avoid clutter.

At time t=0, eit will be 1. There’s only one trajectory starting from that position where your velocity is always matching the vector it’s passing through, a 90-degree rotation of position. It’s when you go around the unit circle at a speed of 1 unit per second.

And more generally, eit equals a number t radians [1] around this circle.

Nevertheless, something might still feel immoral about putting an imaginary number up in that exponent. And you’d be right to question that! For values of x which are not real numbers, what we write as ex has very little to do with repeated multiplication, and its relation to the number e feels frankly more incidental than definitional. To dig in a little bit deeper, the next lesson covers more general exponents, with a focus on matrices.

[1] - radian(s), SI unit of angle, 1 radian is equal to an angle at the center of a circle where the arc length of the circular sector is equal to the radius of the circle 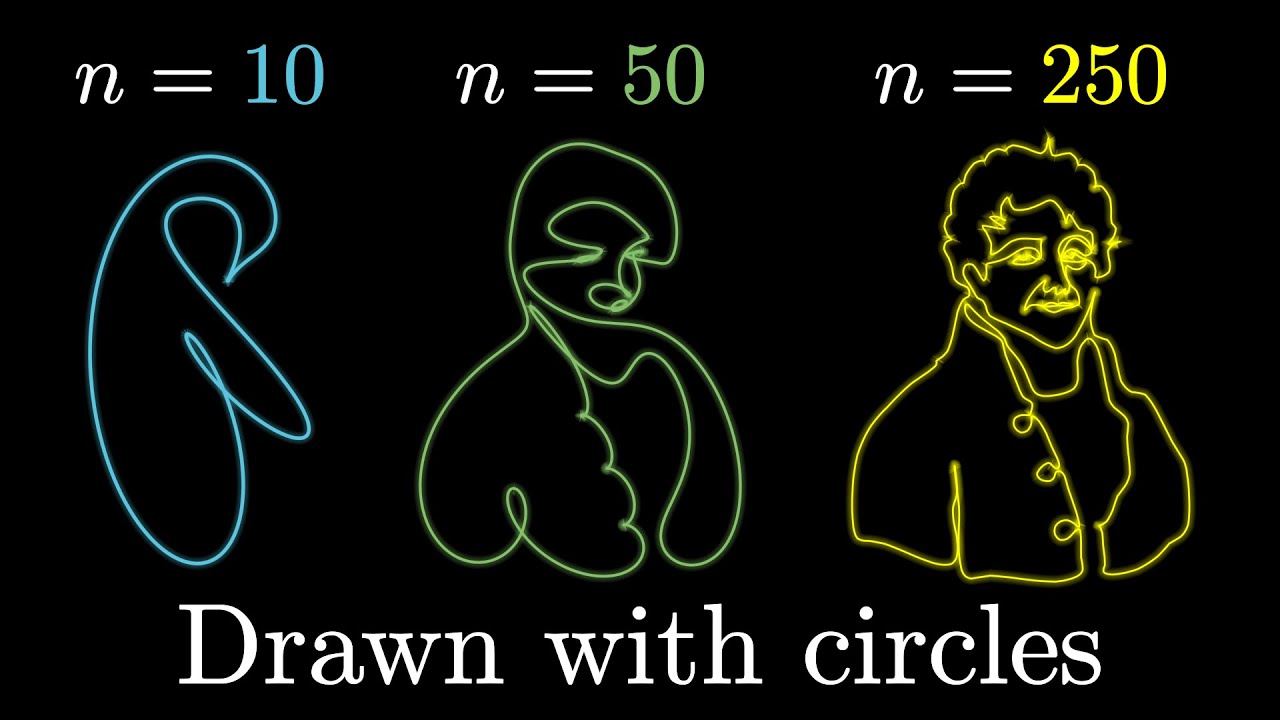 But what is a Fourier series? From heat flow to circle drawings 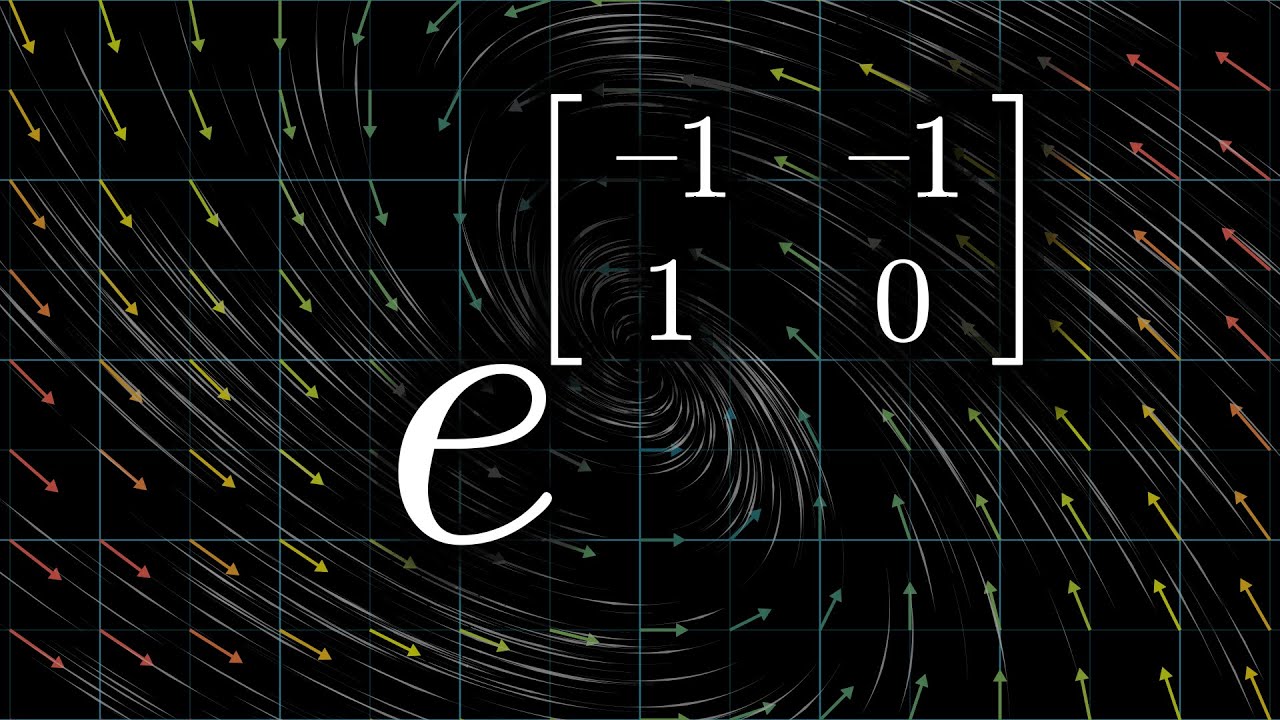